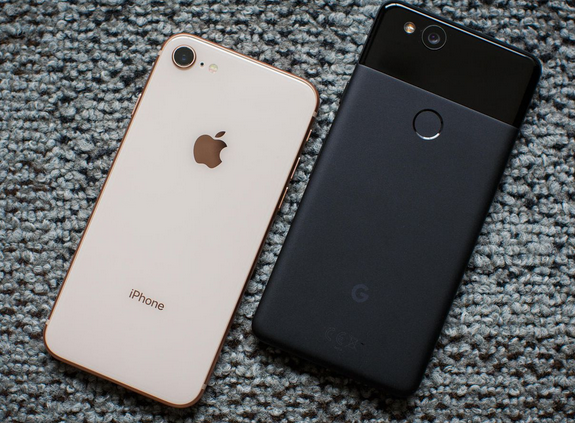 Owning a Google Pixel (or any Android) can be a blessing or a straight up curse for individuals coming from the iPhone lifestyle and use to things just working.  We will help you navigate through this mess to feel a bit more comfortable going with one phone or another.  I have no favorites here just favorite features of each phone.  Let’s start out with the highlights and low-lights before we get crazy with the details.

The AI – Artificial Intelligence for “ok Google” vs “Siri” is hands down, way better for Google.  Basic queries are a nightmare with Siri.  You will end up hitting another car or worst, a pedestrian if you ever try to perform voice to text conversations, query someone’s name to call, or ask Siri to instruct you to drive to a specific restaurant you had in mind or some place of business while driving.  Siri straight up cannot take your Spotify playlist requests or random Google queries.  Siri is as functional as a party goer the day after Fat Tuesday in NOLA.  OK Google is everything you expect out of a modern personal assistant listening device.

ProTip! Add a shortcut to this page on your Android or Google Pixel to quickly scroll down and grab my favorite default apps.

Why get a Pixel?

Things that have been Fixed over the past year…

Things that still continue to annoy me to this day…

Why get an iPhone 8?

There are things you must have on the iPhone that I know are better now coming from a Pixel background.  Download the “Google” app for iPhone to help alleviate the issues voice interactions on your phone but there’s definite issues on Google app for iPhone too…  It’s just not as bad as Siri.  Also, download the “TV Cast” app so you easily utilize Chromecast from your iPhone.

The evening photography is absolutely amazing for Google Pixel vs iPhone.

I ended up turning off iMessage on the iPhone so I can receive SMS texts on both phones with my $10 month sevice from T-Mobile called Digits.  Again, individuals can text my same personal phone number and I recieve on both Iphone and Pixel if I have iMessage turned off.  The lingo for this service is “data paired with Digits” vs “Digits Talk and Text”.

The Google Pixel keyboard in particular is really bad for my wrist.  This particular keyboard exasperates my RSS symptoms.   I was able to keep it at bay for like 9 months until I started talking or texting some lovely girl I met who unfortunately lives on the east coast.  Then I found myself texting way too much and the pain of RSS would not go away until a month later after getting an iPhone 8.  RSS is no joke, it causes all sorts of nerve pain up and down your body not to mention wrist issues.  So, was it the fact the phone is slightly largely or just that typing and the touch sensitivity is a wee bit off from what I am use to with the iPhone?  I am not sure but I feel like texting on the iPhone is a breeze but slightly more difficult with all the clutter they now jam into the keyboard interface; especially in horizontal mode.  Needless to say, we stopped talking.

Go to http://contacts.google.com and purge all unnecessary contacts and turn off create contact automatically feature in Gmail.   Do this and you will avoid a mountain of clutter in your phone’s address book or contacts.   Basically, you have accrued random emails that automatically generate Google Contacts in your Gmail since the inception of your Gmail account.

Straight out of the box, Pixel greets with an option to copy your data from an iPhone or fresh new start.  My iPhone contacts became an unmanageable nightmare and I opted to start from fresh.  I get very OCD during these new setup because I want to fully understand the ramifications of my decisions.  Anyway, I was very glad I did this because your phone becomes much more easy to work with after some house keeping of contacts.

I did want to include every Gmail account to my phone because that adds more clutter as in contacts.  I defaulted to my business account or G Suite account as my primary and only account on the phone.

ProTip!  – The Android OS will add the additional Google account whether using Google Chrome, Gmail, Maps, or any Google app for that matter.  Use Firefox or some other browser to avoid adding more Google accounts if these issues of excessive accounts and all the clutter that comes with it annoys you.  ie You will have two contacts in the phone “contacts” if you add both gmail accounts to a Google application.

I am not a fan of mixing personal and professional.  I don’t believe there’s an option to turn off backup of the photos in Google Drive Backp.  It’s all being backed up or nothing unlike iPhone Cloud Backup.  Recently, I stumbled upon Acronis True Image:  Mobile.   Apparently, it advertises the same features of Icloud backup but to your Synology NAS.

Pop up notifications are all or nothing.  Like the iPhone, I turn the majority of the notifications off.  The great thing is you don’t know how the number of missed messages per app…  Like 7 unread texts.  You may seem disappointed by this feature at first but being free of distractions to gain some deep thinking time is essential for growth for you as a person.  You miss a message?  So be it.  I’m sure the world won’t end and you can always scroll down later

I use Google Voice to mask my cell number with a Google Voice number for business calls.  Installing the app can cause a lot of problems if you are not careful.  It’s especially problematic when using Google Fi as your service provider.  Google Fi hijacked my business number and would not give it back unless you switched carriers.  I was so annoyed I ended up switching back and staying with Tmobile.  Plus, Google Fi uses some pretty terrible networks like Sprint.

The damn Pixel phone does not have a very visible file manager.  And it’s a pain in the but when you try to access something like your saved SnapChat story.  It appears to be a bug that Google won’t fix.  The latest claim is the Google Photo Album does not support saved Snaps even though it worked twice before after a wipe of the phone.  Anyway, I highly recommend downloading a file manager to get more comfortable with where and where not to store your data.  Here’s a view of the file manager before a ton of crap is downloaded to it. 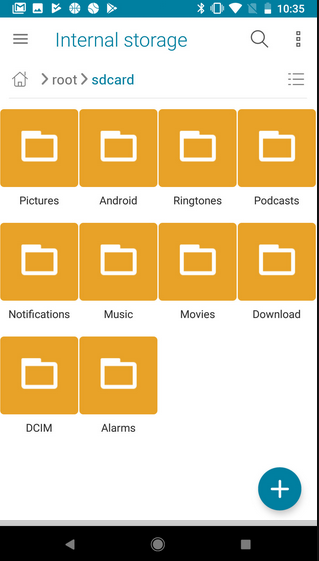 Without root access, Android users only have access to the data partition and that’s what you’ll be looking at when connecting your phone up to your PC or browsing via a file manager. Your microSD card, if applicable, will also appear mounted under this user accessible data partition, which you can also access via PC or a file app.

Even if you don’t have many apps installed, by default this user data partition “/storage/emulated/0” will contain a number of folders used for storing your contacts, picture, music, etc. Here’s a breakdown of the most common folders that you’ll find here, which don’t belong to a third party app.

The following apps behave pretty similarly on each phone except for Synology DS Cloud.

Don’t waste your money on Amazon.  Go Straight to the source of quality ear buds   for avoiding in-line controls issues and terrible audio.   Most Amazon items do not have the correct features for you to skip tracks and turn up volume for Android devices.  And the iphone ear buds will destroy your hearing.  Anyway, Google Urban Ears or use the link above for a quality pair of ear buds.

I am a huge fan of TMobile but I understand it is not for everyone.  Sprint is the worst.  Verizon is the most expensive.  ATT is a terrible corporation.  Google Fi needs work but I like where their head is at.

The apps crash frequently compared to iphone 8 but here’s my list of apps I use.

ProTip! Make sure you don’t pay for any apps through your phone provider.  Try to get the subscription through the app developer’s site.  Otherwise, the app will be problematic if you switch from one OS to the other.  Also, figure out the best way to sort apps.  Activities, Business, News, Travel, Bank, Jive and Jams, Utils, and Social.

Where to get phone cases?

I yelled at the Google Pixel for like the first six months but now having the iPhone I miss the luxuries of OK Google and picture taking.  I ended up using both because I really enjoy taking pictures.  I tote a little SIM card popper on my key chain and swap the sim card out after I disable iMessage on the Iphone.  It’s not the most ideal situation especially since I miss some iMessages along the way but it seems to work for me.