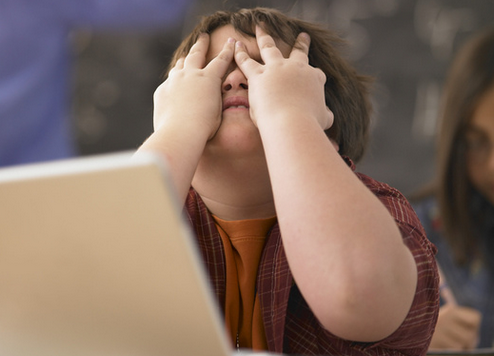 Windows Computer Troubleshooting Services can be anything.  We will take a scenario we just resolved that just so happened to exhausted many of our tools in our troubleshooting tool belt to discover the real cause

Use hardware diagnostics if the machine came with it.  Dell is very good with this because theirs is universal.  Lenovo has some utilities too but not as universal with all their PCs.  Asus does not offer hard diagnostics.

What is the cause of problem?

What is the really cause of the problem?

The user may be seeing one specific issue but it’s not until you dive in that you discovery the projects share is just the tip of the iceberg.
Malware or Virus

Sometimes it’s worth taking timeout to reassess the situation rather than let scans run forever.  Depending on the issue, Malware can may times be the culprit.  This is why we started here.   However, ou could be losing valuable time barking up the wrong tree.  Especially if you know the user is not prone to visiting or clicking on bad things. In this scenario, I asked when did it start happening.  He said, in the last day or so; and only couple windows updates had ran since.

Used quick test in the program called HD Tune that is on the Hiren Boot CD.  Hard drive diagnostic indicates a healthy drive.

Performed BIOS update along with driver updates to possible hardware causing the problem like the NIC and chipset.

PS – I struggled with the BIOS update.  Sometimes it isn’t clear if you do it from Windows or the BIOS or both.  I called Asus support and discovered they did not support much unless you demand it.  They said we don’t support BIOS updates.  There’s documentation if you query on Google “asus bios updates”.  However, as it turned out the directions were wrong.  Winflash does not work for this particular BIOS and you use the “DEL” key to enter BIOS and select “tools” to update the BIOS from your thumb drive.   I also for the heck of it, submitted for an RMA.  The estimated cost to fix the problem is $700 and they emailed me RMA information if I decided to go that route.

Dell has much better support links for driver updates.  Look for Dell command | Update when in support.dell.com

Play Around with the PC

Don’t just sit around waiting for these scans to begin and end.  Try duplicating the error.  The error in this case did not just happened on the share but also happened on the D drive.  This is what leads me to believe it was a hard drive issue with the SATA drive, also known as the D:\ drive.

However, the scan (as mentioned in the hard drive test above) indicated the drive is healthy.  There are no bad sectors

What did I forget to do?

I really did not want to spend time restoring from a prior copy of windows or clone a hard drive to a new drive when my gut and much of my troubleshooting was indicating there’s got to be a better way.

It’s been a while since I had to do some heavy troubleshooting.  Normally, I’m hustling for new clients around San Diego and my engineers and technicians are doing the work.  I guess chalk it up as a win and lost since it took like 2 to 3 hours to ultimately find resolution.  However, this time around I’m smart enough to document the process.

What is the cause of problem?

User reports “I’m being kicked off the internet”

What is the really cause of the problem?

The user may be seeing one specific issue but it’s not until you dive in that you discovery the projects share is just the tip of the iceberg.
Not Malware or Virus

We asked the client when did this start happening.  They said after Windows performed an update.  Nothing indicated it was malware or a virus attributing to this problem

We rolled back the update by doing a Windows restore.

What exactly is the problem?

The exclamation on the NIC adapter points to connectivity issues.   Running an ipconfig /all and pinging the gateway and Google DNS IP gives us more of a clue.  The gateway times out.

Nothing screamed my attention.  Safe Mode seemed the next logical step

Sometime it’s best to run Windows in Safe Mode with Networking to see if you can replicate the issue with basic drivers.  In this case, it still happened.  Otherwise, we would have deferred to MSconfig.exe to troubleshoot the OS more extensively.

Grab the Windows DVD that hopefully came from the manufacturer and run Windows Repair but reset the stack before proceeding.

These instructions should have been covered in the prior talking points.  Also, Windows Safe Mode with Networking showed it was problem still existed.

None of these really apply to this situation

This particular computer is a Dell.  Running Dell Hardware diagnostics for storage may apply but I’m leaning towards not.  Time is always an issue when on-site.

I installed a new NIC and the issue popped up for the hardware too.  This means it is not the NIC driver or hardware.

Unfortunately, this computer did not have an image already and time again is the essence.   Read prior scenario for recommendations.

Grab data from the core locations.  We have another post called Windows Backup and Restore that discusses this.

Really, wiping should be the last option.  Especially, if you are going down a rabbit hole and nothing seems to be really good solution.   Racking up 8 hours with a client over a gateway issue should be and will be frowned up.   Anyway, read our post on new computer setups or a refresh but PLEASE MAKE SURE YOU BACKUP EVERYTHING